Agasi, of Armenian origin, began working as a youth in the workshop of his father, a well known goldsmith in Gyumri.
He began his studies and professional training in Armenia and continued them later in Moscow, Russia.
After some work experience in jewellery making and working with wax modelling both for himself and with jewellery companies, he moved to Florence in 2013 to follow courses at Metallo Nobile.
In 2014 he specialised in gemstone cutting following courses at Sora (Frosinone) and Cavalese (Trento). In 2015 he hallowed other training courses for diamond setting in Antwerp, Belgium
From mid- 2015 he has been working regularly as a teacher at Metallo Nobile school. He speaks Armenian, Russian, English and Italian.
He loves painting and is passionate about wood working. 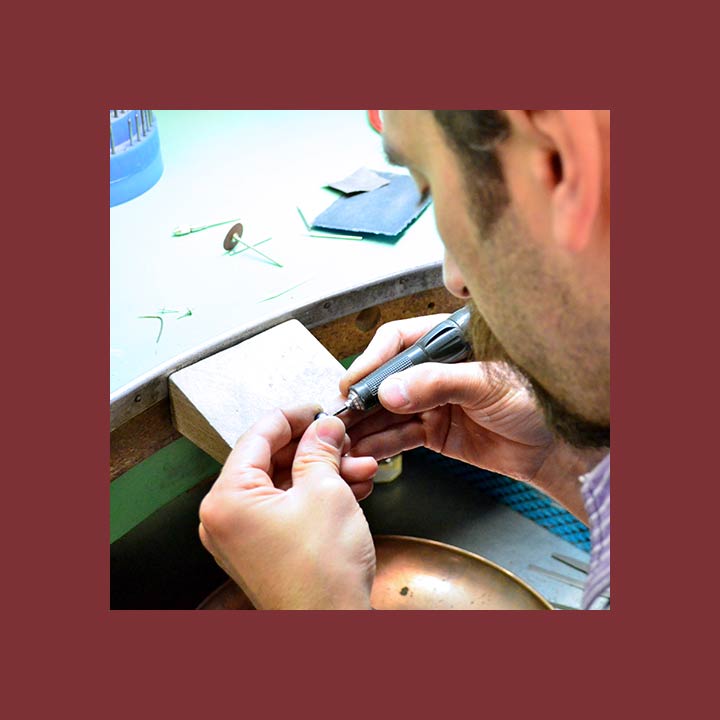